Drawing from Kiva’s 15 years of experience facilitating micro-loans across more than 70 countries worldwide, we have a deep understanding of the systemic and structural barriers to financial inclusion. Our global partner network of financial service providers do their best to work with underserved and marginalized communities who are shut out of the formal sector, but analog systems and manual processes make operational costs and compliance risks critical barriers to scaling up services. Government stakeholders and other development actors driving financial inclusion agendas recognize the need for modern digital services to increase inclusion, but are wary of massive, one-size-fits-most technology projects that may leave them dependent on proprietary systems and locked into a single vendor.

As a nonprofit, mission-driven organization that is accustomed to operating at scale, we are building open-source infrastructure that can meet the needs of governments and financial service providers while also encoding individual privacy and data protection into the system from the start. Kiva Protocol’s modular approach extends existing systems with modern digital capabilities, enabling high level-of-assurance identification services, financial history reporting, and G2P payments processing in flexible packages that integrate easily with legacy systems. We are committed advocates for open-source software and open standards, and are active contributors to multiple Hyperledger projects as well as W3C standards efforts. And we firmly believe that no one organization can or should try to define the vision of how we meet the quickly evolving needs of a post-Covid world as we make progress toward the SDGs. Kiva Protocol is a proud member of ID2020, a recipient of the World Bank’s Mission Billion Challenge, and registered by the Digital Public Goods Association.

Kiva is launched with a loan to Elizabeth, who expanded her fishing business in Uganda.

Kiva facilitates over $1B in lending to borrowers in 94 countries, and begins researching how to best enable population-scale digital financial inclusion efforts.

Kiva Protocol is publicly revealed by the President of Sierra Leone during his address to the United Nations General Assembly.

Nancy, a teacher and ebola activist in Sierra Leone, was the first person to perform an identity verification using Kiva Protocol.

Kiva Protocol was awarded the World Bank Mission Billion global prize, was accredited by ID2020, and helped to found the Trust Over IP Foundation.

The Digital Public Goods Association recognizes Kiva Protocol as a digital public good, certifying its adherence to specifications and guidelines for digital public goods set by the UN Secretary-General in the 2020 Roadmap for Digital Cooperation. 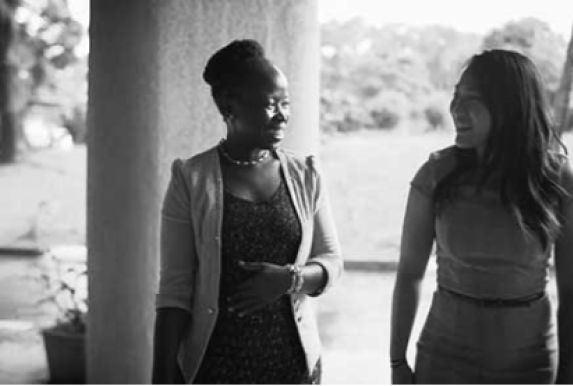 Kiva Protocol was awarded the Global Prize in the 2020 World Bank Mission Billion contest. Out of 160+ applicants from 50+ countries, Kiva Protocol was selected as the best solution to “ensure the inclusivity of ID systems for vulnerable groups” worldwide. The Mission Billion contest is organized by the Identification for Development (ID4D) organization, which is the leading multi-lateral

Kiva Protocol was awarded the ID2020 technical Certification Mark, confirming our commitment to modularisation, open standards, open APIs, and the portability of data between component systems, each of which is critical for interoperability and avoidance of vendor lock-in.